Jonathan Shapiro joined Aeton Law Partners LLP as a partner in 2019.  From 2014 to 2018, Attorney Shapiro was recognized as a Connecticut Super Lawyer, and from 2017-2018, he was named to the Top 100 attorney list in New England.  He is the Immediate Past President of the Connecticut Bar Association after serving as the 95th president of the CBA from 2018-2019.

On the litigation side, Attorney Shapiro has extensive experience in federal and state courts in Connecticut and New York, and before arbitration and mediation panels.  He has tried numerous cases to verdict.  His litigation practice focuses on commercial and complex matters including trade secrets, copyright, trademarks, securities, partnership and shareholder disputes, noncompetition, tax, employment, business torts, insurance coverage, securities, contract and property disputes.  Attorney Shapiro also regularly serves as “local counsel” for non-Connecticut-based firms that are admitted to practice pro hac vice.  Representative matters include:

On the corporate side, Attorney Shapiro regularly represents and advises clients in the purchase and sale of businesses, contract negotiations, corporate governance, intellectual property matters, employment matters, risk management and blockchain technologies. As outside general counsel for numerous companies, Attorney Shapiro is available to provide day-to-day input on the many legal issues businesses encounter on a daily basis.

Attorney Shapiro is admitted to practice in Connecticut and New York, as well as before the United States District Courts for the Southern and Eastern Districts of New York and the District of Connecticut. He was honored by the Fairfield County Business Journal at the 2011 40-Under-40 Awards Dinner, and was named as a “New Leader in the Law” by the Connecticut Law Tribune in 2012.

Attorney Shapiro is very involved in the community.  He is the current President of Congregation Adath Israel in Middletown and is a Corporator and Philanthropy Advisory Counsel Member of Middlesex Health.   He is a past Chair of the March of Dimes Connecticut Chapter State Board.

Attorney Shapiro regularly speaks at seminars on a broad range of topics and has authored several articles, including:

Attorney Shapiro earned his B.A. in History from Boston College in 1998 and his J.D. degree from the University of Connecticut School of Law in 2001. He lives in Middletown with his wife and children. In his spare time, he enjoys running, biking, reading, and spending time with his family.

Attorney Shapiro’s cases have been featured in various news media, including: 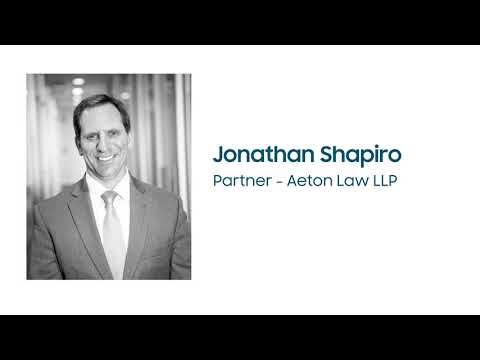